Marat has lived all his life in Almati, Kazahstan. He started his Scientology adventure at the St. Petersburg Org, Russia, in 2009 and continued his services at the Almati Mission.

In 2012, Marat decided to go for the best the Church has to offer and traveled to Flag, the “Mecca of Technical Perfection”. Marat finished his Grades and NED Full Program at Flag. He was then “C/S’ed” to do three L’s although he originally paid only for L11. He was audited on the three L’s in English, which he barely speaks, since his native language is Russian. Marat tells us that the auditor gave the commands in English while he read the auditing questions from a printed sheet in Russian.

Marat felt terrible after the three L’s and his life and business went into a steep decline during the year after he completed the rundowns. When Marat asked Flag for help, they promptly offered him to buy a few review intensives of L’s. In the state he was in, he barely made it to Flag. When he asked the L’s D of P what is the reason for his condition, after completing three L Rundowns, he was told that this happened because he was given the Rundowns in English, not in his native language.

When Marat further wondered how could it be that the C/S allowed him to do the L’s in English, Marat was told that he demanded the L’s, it was not the C/S’s recommendation.

Needless to say, Flag did not offer any “on the house” repair. And, just to give you an idea, an intensive of L’s auditing costs about $11,000 dollars and Marat had already spent $120,000 on the three L’s.

Extremely dissatisfied with Flag, Marat went on to try his luck at Saint Hill, England where he arrived at the end of 2014. At Saint Hill he did his Clearing Course and continued all the way up to New OT V, Audited NOTs.

Marat tells us that at Saint Hill he was subjected to numerous overruns and suffered major upsets due to forced “hard sell” cycles and gross out-tech. Completely devastated and with little hope left, Marat flew back home to Almati in February 2015.

We are amazed that Marat did not give up at this point. Yet he tells us that deep in his heart, based on his early wins, he knew that LRH’s  Technology does work, when delivered genuinely by honest people. It was this knowledge that first brought Marat to Dror Center in January 2016.

When Marat first came to Dror, his OCA looked as follows. We publish it with Marat’s permission.

Marat did an OT Review Program with NOTs Auditor Aviv Bershadsky. But this time in Russian, his native tongue. This program included the NOTs Drug Rundown and NOTs False Purpose handling. After just 20 hours of auditing at Dror, his graph looked like this: 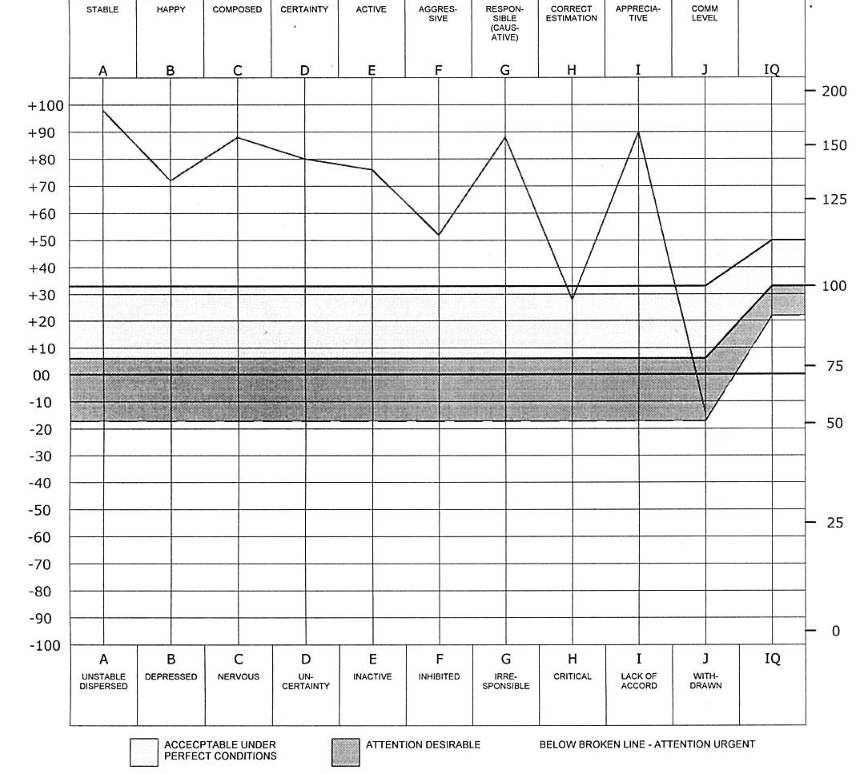 Marat returned home in February 2016, this time he was happy and totally satisfied! In fact, it went so well for him at Dror, that he made it go right to come back to Dror soon after, so as to do his Solo NOTs Auditor Course!

According to what we hear from Marat and other Solo NOTs Pre-OT’s, the Solo NOTs Auditor Course is fantastic. They tell us that it comprises of three checksheets:

On Part A, you go through the Solo Auditor Course, making you a perfect Solo Auditor. Part B of the Solo NOTs Auditor Course gives you the full theory of NED for OTs as discovered and written by LRH and released in 1978. Then, on Part C you drill thoroughly each and every technique of Solo NOTs. This course gives you full certainty as an auditor and huge wins as a Pre-OT.

Here is the video of Marat sharing his wins upon completion of the Solo NOTs Auditor Course:

5 thoughts on “Marat is on Solo NOTs!”