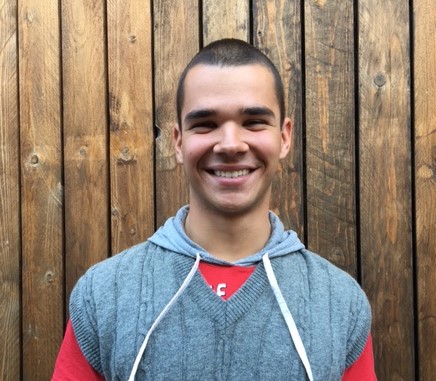 Lari Hazanovich was born 20 years ago into a Scientology family. Both his parents, Yulia and Gershon, started on lines at Dror Center just before Lari was born. The family later moved to Tel Aviv and Yulia joined staff at the Tel Aviv Org. Lari was raised as a Scientologist, and a very eager one. When 15, he left home and country to join the Sea Org and become staff at the Flag Service Org.
Lari served three years at Flag until he has had enough of it, “The abuse, arbitraries, out-Tech and off-Policy I witnessed daily”, he says. Lari routed out of staff to return home to his family and home to Israel. He is now a soldier with the Israeli Army.
As soon as Lari returned home, he got back on lines at the Tel Aviv Org to continue his Bridge progress as a public. “They were quick to take my money, but then, no delivery”, Lari says. His father, Gershon, tells us he’s also paid large sums for auditing, but again, the TAV Org refused to deliver. Lari’s mother, Yulia, left staff after five years of broken promises.

Mid-2015 the family decided to come back to their Scientology origins, get back on lines at Dror Center. All three are now happily moving up the Bridge. Lari recently completed his Objectives Processes, he excitedly shared his wins with us in three languages – Hebrew, Russian and English. Here is Lari:

4 thoughts on “Lari’s Back Home”