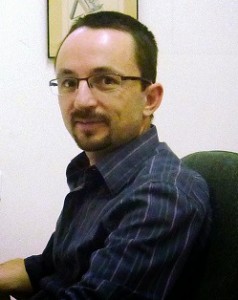 Moti is a staff member at Dror Center since July 2006. He is the fourth staff who joined the circle of OTs. The rest of the staff are progressing vigorously to join their colleagues shortly.

Moshe Wilbushewich has attested to the State of Clear!Read More »

On Sunday, 8th February 2015, ex-members of the Church of Scientology in South Africa came together to celebrate a landmark event – the first “South African Indie Event” – which took place in Johannesburg. The event was attended by international guest speakers, Mark Shreffler and Tami & Dani Lemberger.

On Feb. 24, 2015, an article appeared in the New York Times, written by Joe Nocera, highlighting major media events concerning the Church of Scientology over the past twenty years. We found this article to be of interest and translated it into Hebrew for our Israeli public.

Hemi Benvenisti made this clip with photos of Indies in Israel. Most photos were taken naturally in social gatherings, no directing, no special effects, no extras, no actors. Just people, Indies, having lots of fun, it seems.